Our hike from Rosthwaite to Grasmere turned out to be a nightmare.

We woke up to rain and clouds. The day promised to be a long climb and descent, but the forecast had promised a clear afternoon. WRONG!! The rain never let up. The trails were flooded and we were all soaked through and through. We were tired and hungry, but stopping without shelter was not an option, so we plodded through without lunch. Towards the top of the mountain it was steep and slippery and it took every ounce of our energy and every muscle in our bodies to climb. In fact, it was so steep and slippery at the top, we scrambled and crawled on our hands and knees, pulling ourselves upwards, grasping at any sturdy rock and grasses we could find to keep from falling. Of this, of course, we have no photos!

Downhill was no better as the water was gushing over the path and we had to cross many streams that were overflowing. Of course we encountered the English bogs which meant walking in grass and water at the same time!

A wrong day to hike and take pictures for sure. The waterproof cover on the camera resulted in hazy pictures on my camera. The clearer pictures are from Sakkar’s camera without a cover. Not much to show for a hell of hike or the unforgettable memories of how we survived this day!!! 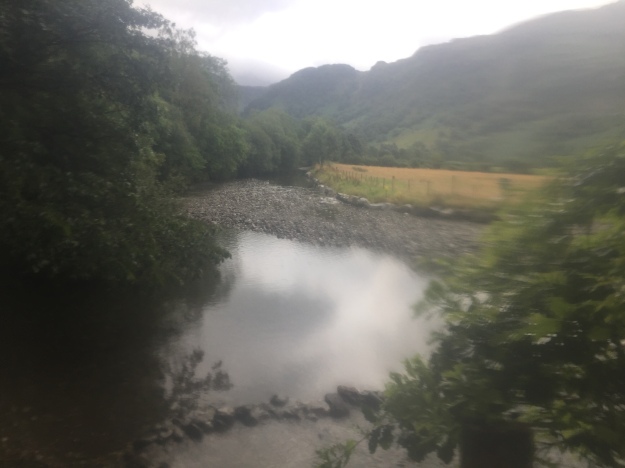 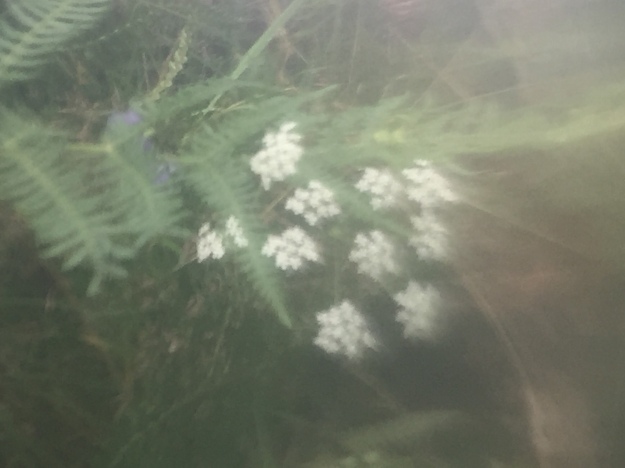 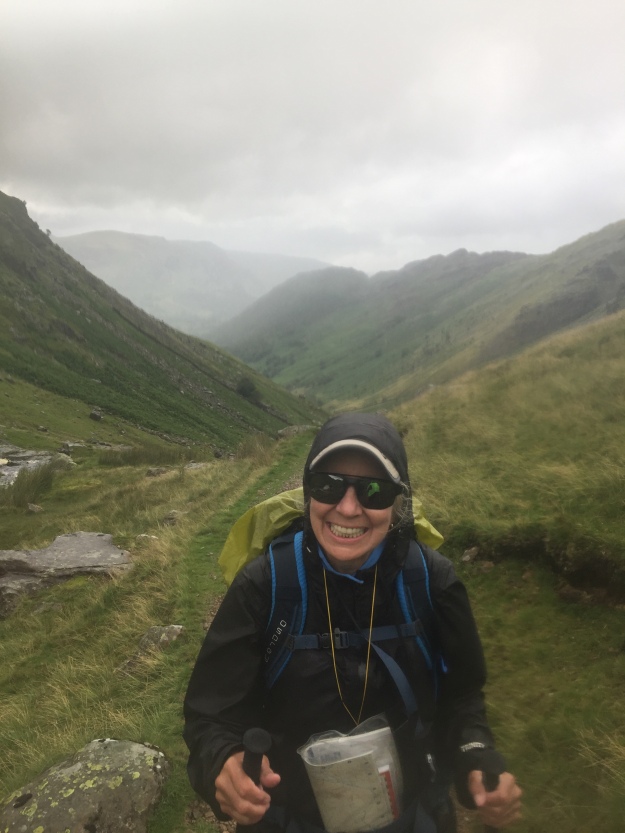 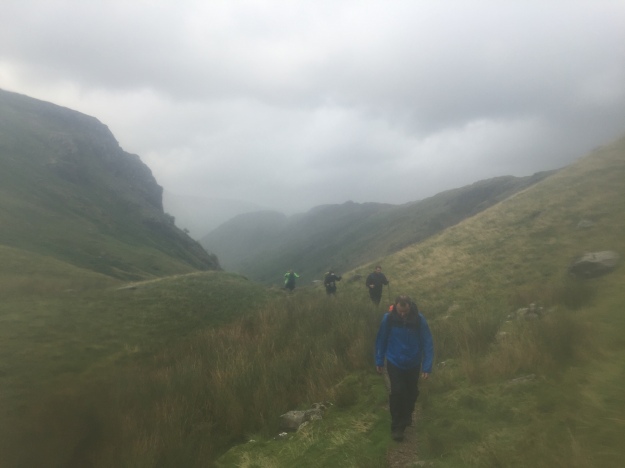 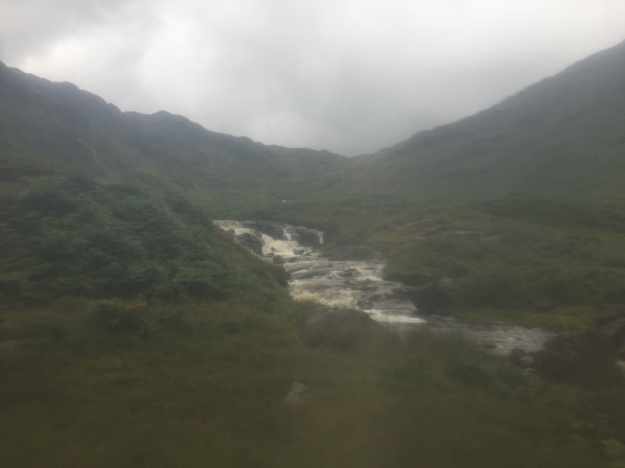 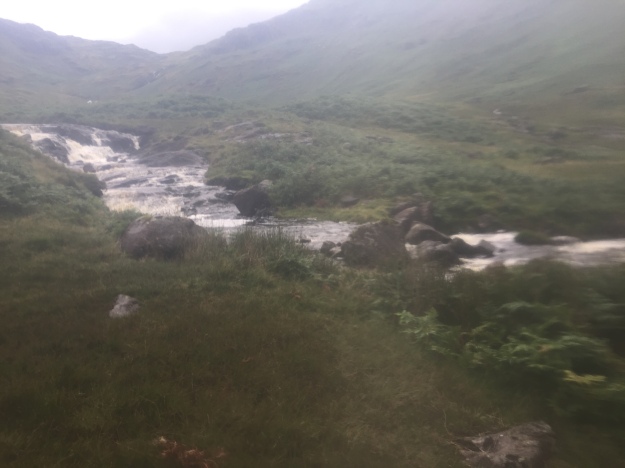 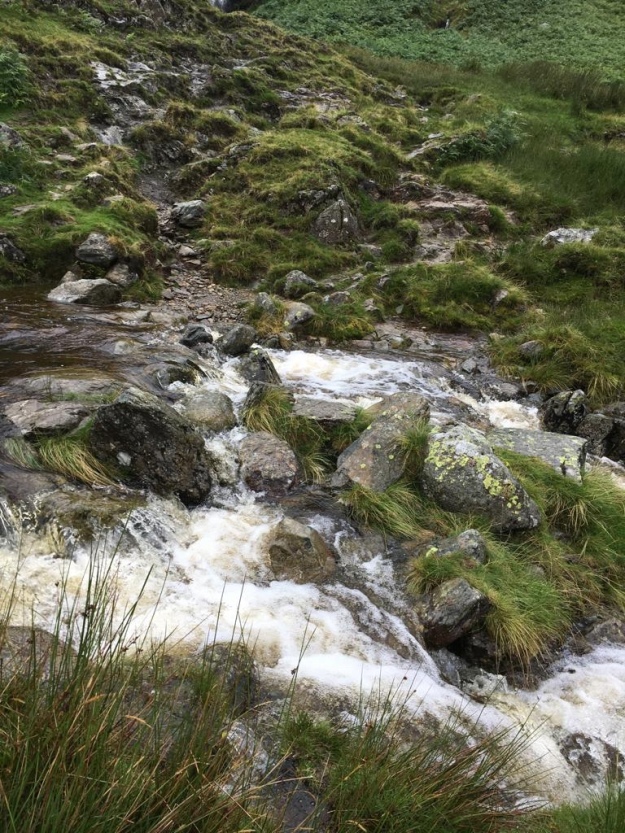 Tomorrow we are all heading out to Glasgow, Scotland for few days of fun in the city and take a leave from our hiking adventure.

Incidentally, tomorrow is Pat’s and my 32nd wedding anniversary!

11 thoughts on “Rain Rain Go Away”