After our longest day and longest distance it was nice to sit at the farm house and enjoy beautiful view and evening sun.

Fortunately for us our goal for today was the Portomarine which was 19 km. this would be our shortest distance the rest of the trip. We decided to leave an hour later as sun was coming up. 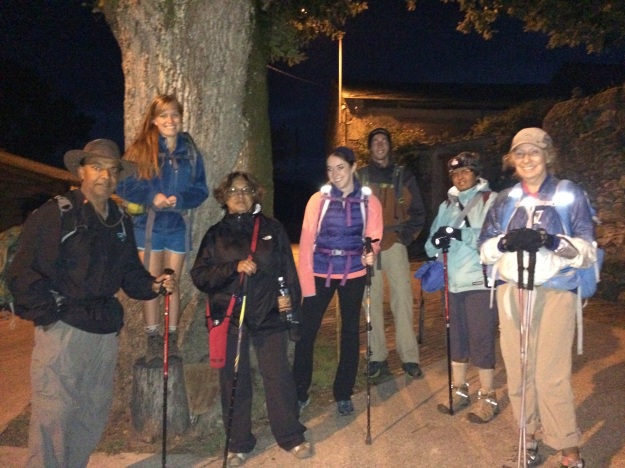 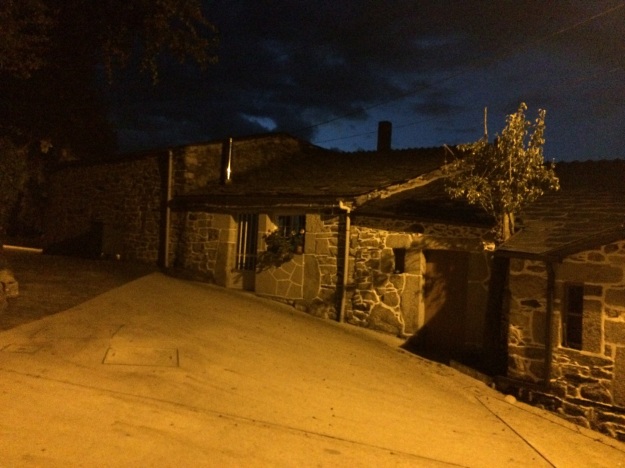 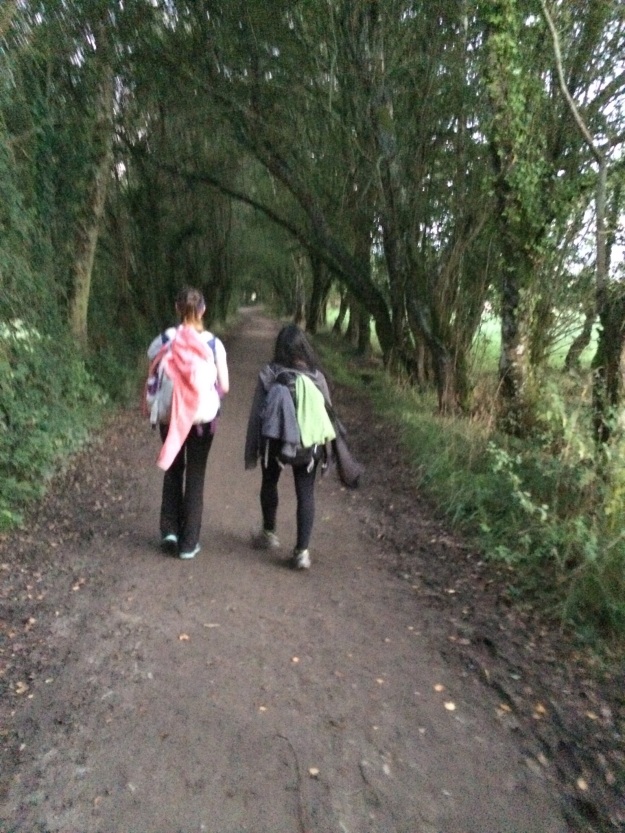 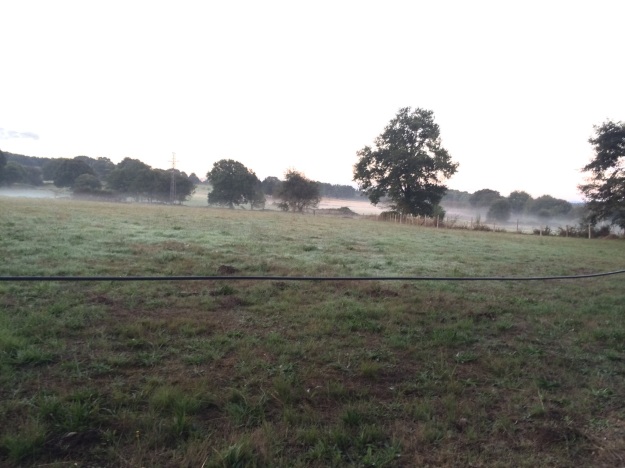 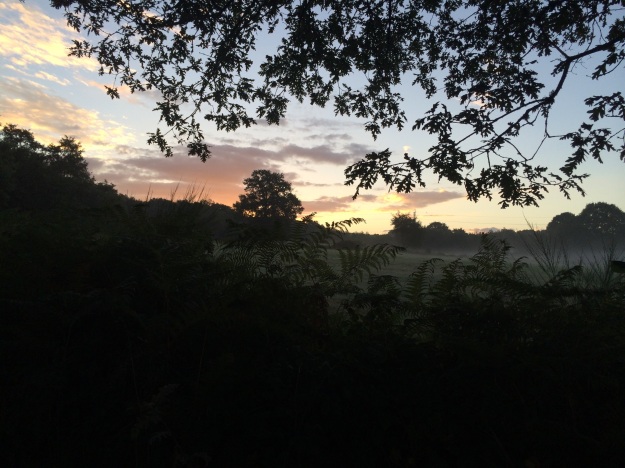 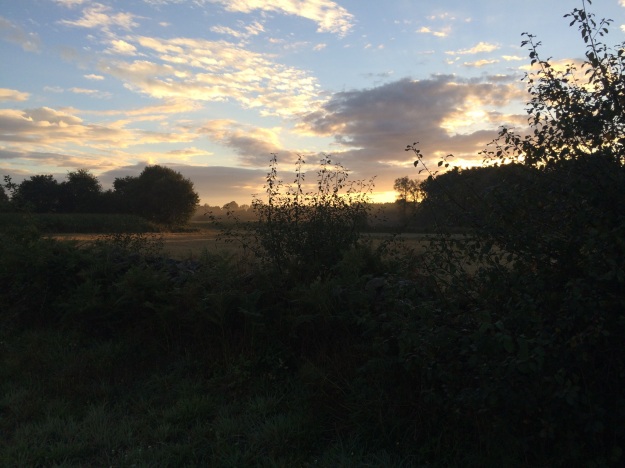 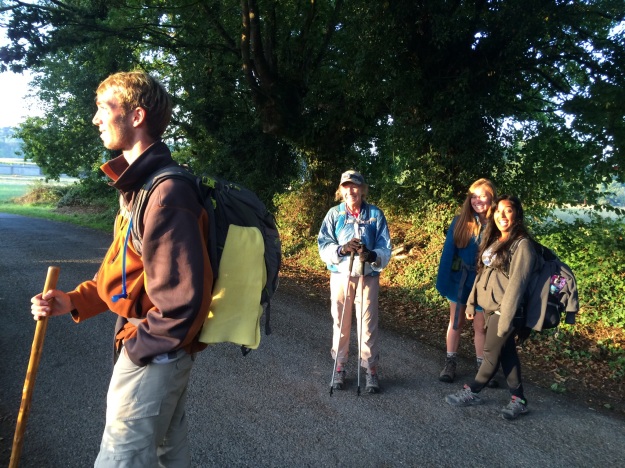 It was another beautiful day with lush paths. Now that we have crossed Saria, number of pilgrims on the path has increased exponentially. Number of cows in our path and their pies has also increased in Galicia. 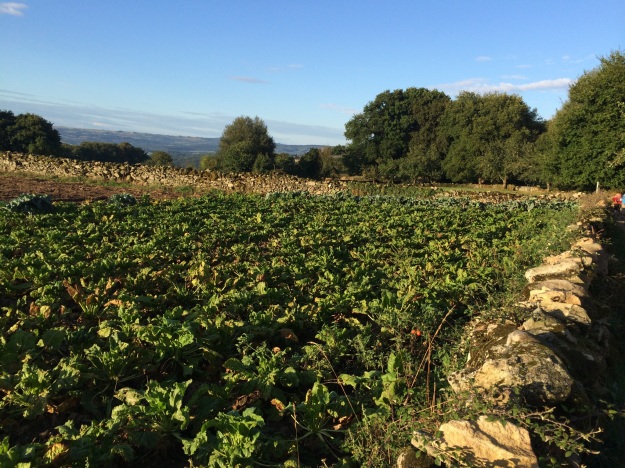 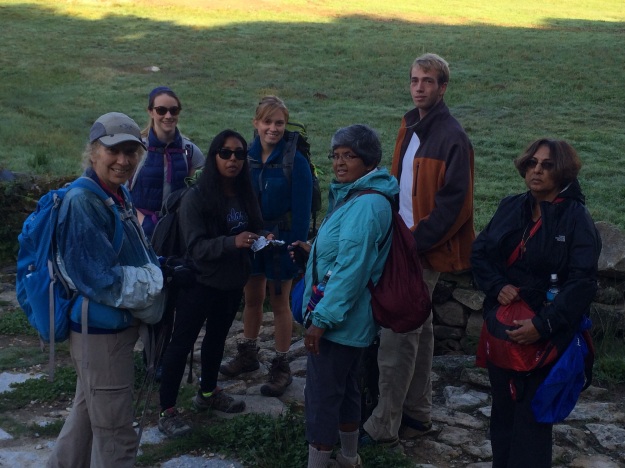 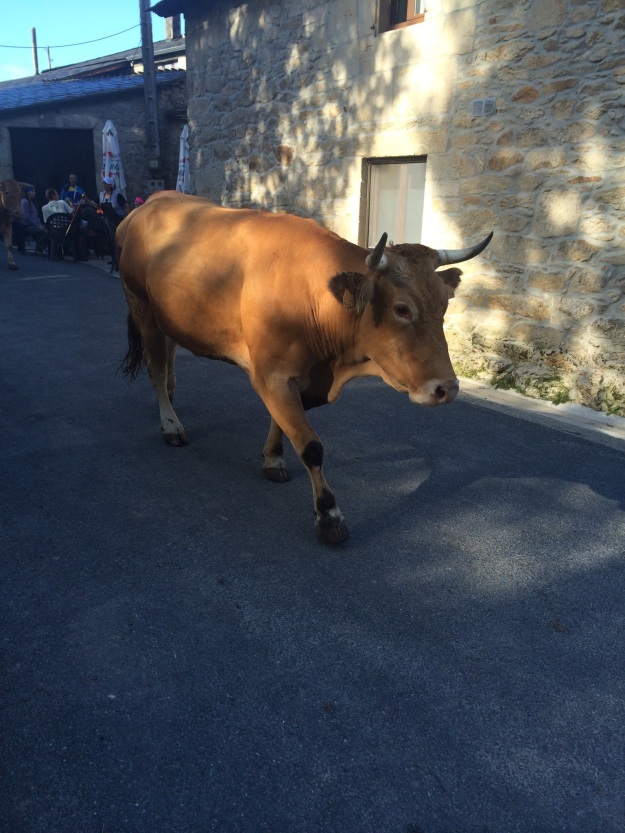 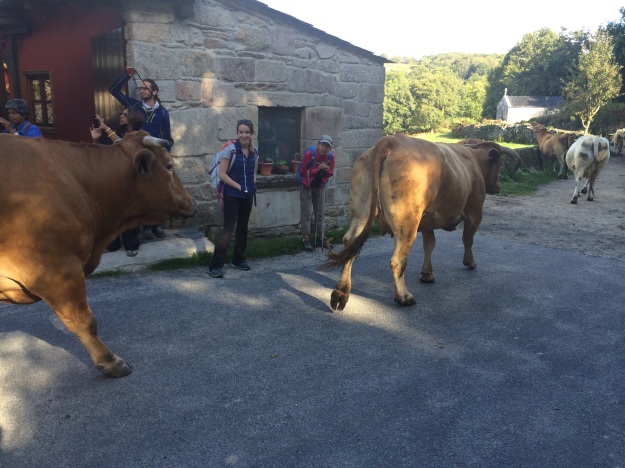 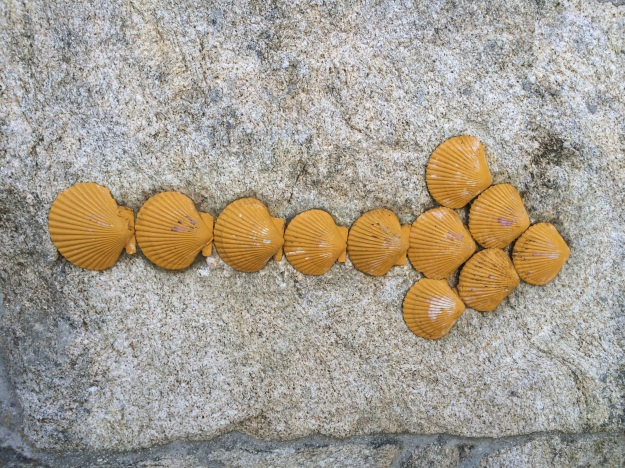 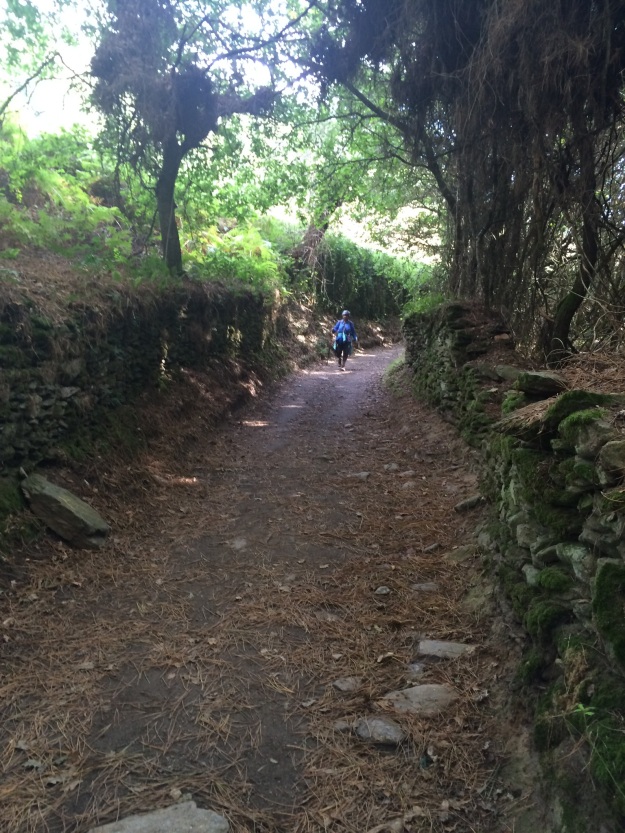 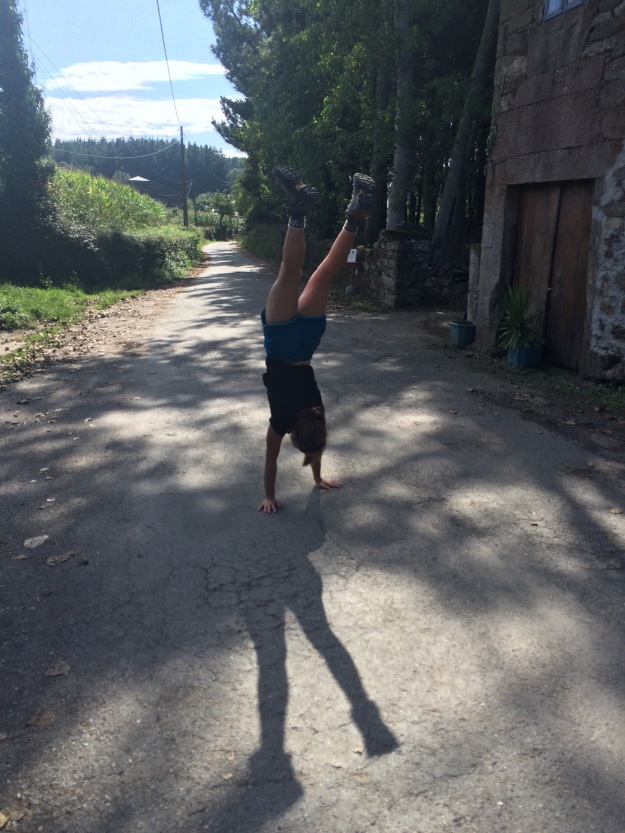 Original city of Portomarine was drowned in 1956, and a new city was created just above in the hills. 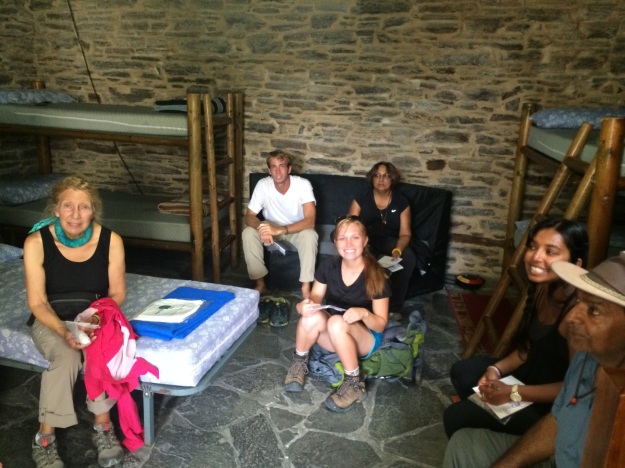 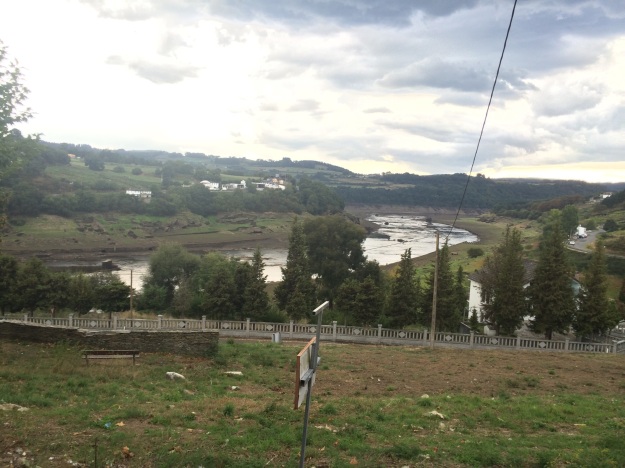 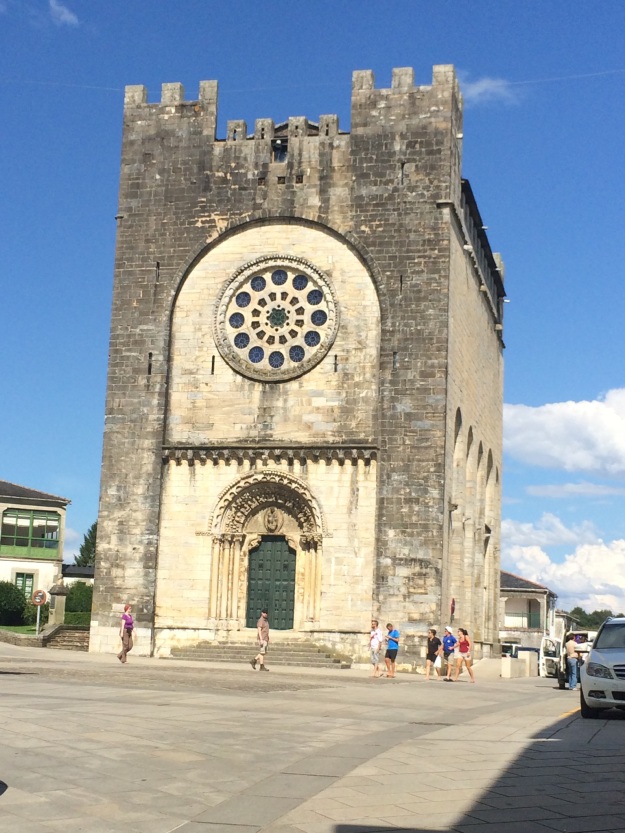 After settling in and lunch we decided to go down to the bridge and look at the old town. A torrential rain started for next 45 minutes and we were stuck under a shelter as the water from town started to flood around us. 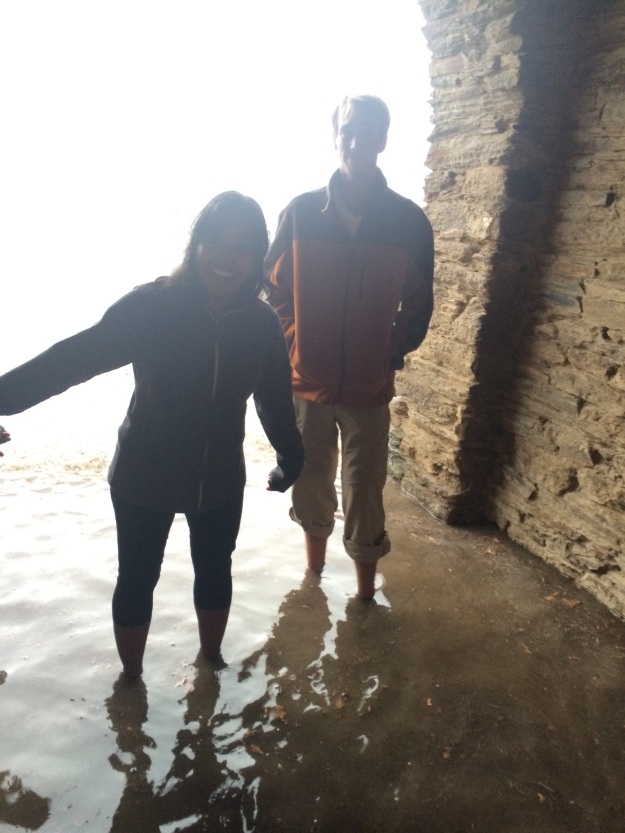 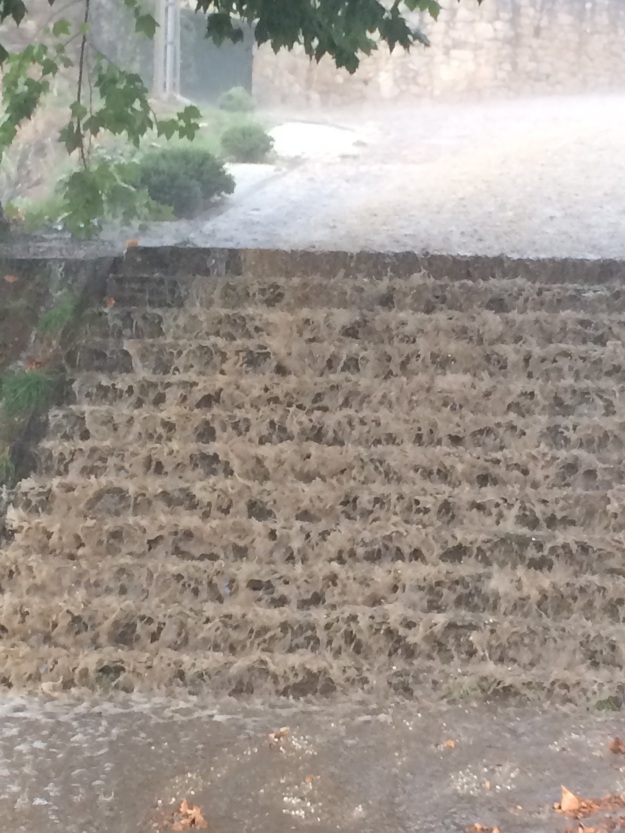 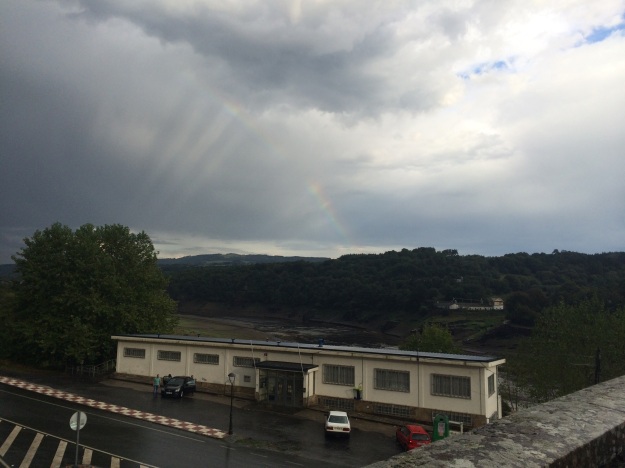 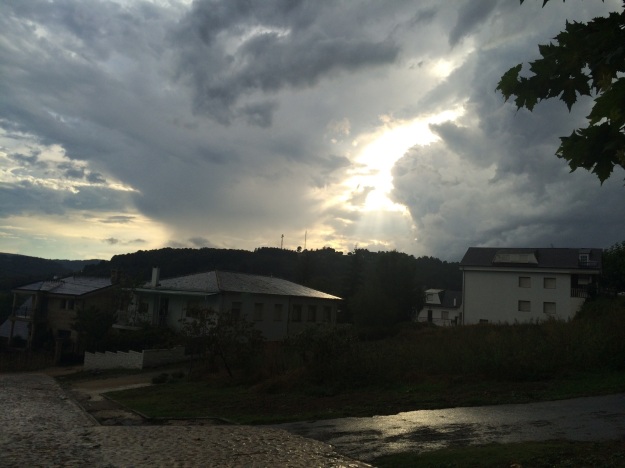 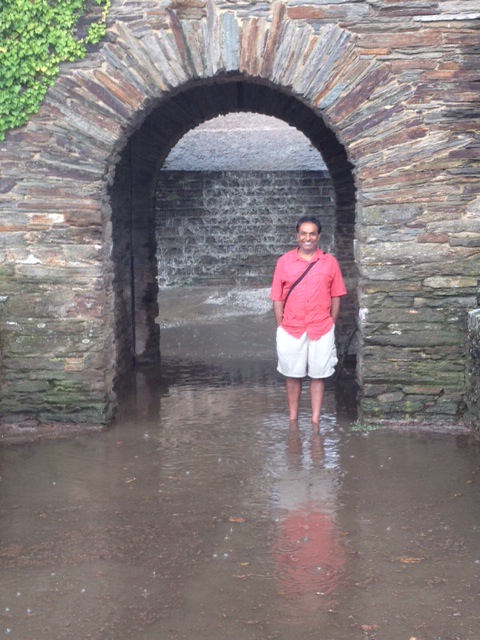 We officially crossed the 100 km marker today (every marker has been suspect so far – the numbers seems to go back and fourth).

5 thoughts on “Sunken city of Portomarine”