Today was the hardest day so far, as we were supposed to climb 3,000 feet and also go downhill 1,500 feet. It is interesting to see the perspective from the maps 3D perspective (I bought this app so we could use the tracks I received from the German girls). Blue line on the map is the actual path we traveled.

We knew it would be a long day of climbing, so we started early as usual, forgoing the free breakfast at the hotel. The town was practically closed Sunday evening, last night, so we bought an extra pizza during dinner for today’s lunch.

We began climbing immediately with beautiful views. You will notice a castle in the distance. Two Italians out walking early wished us a safe journey. 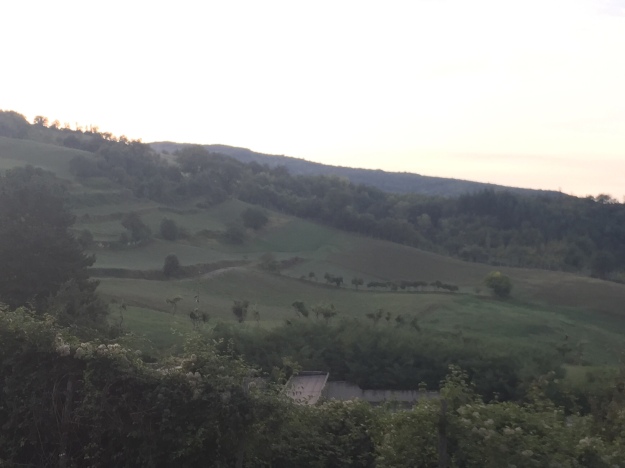 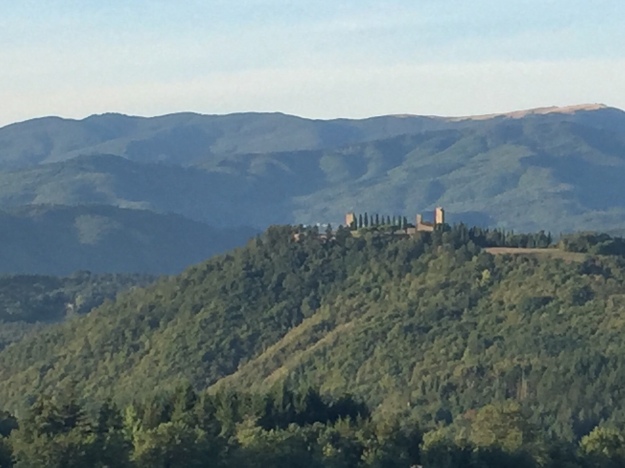 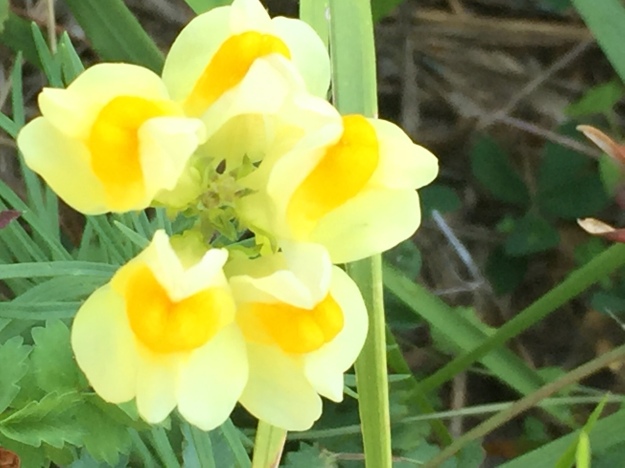 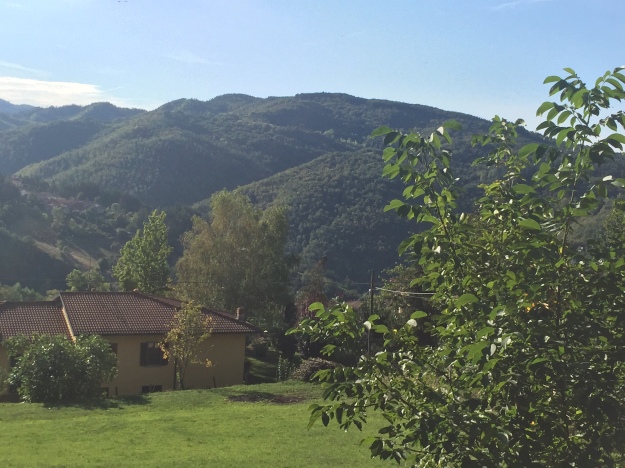 Once we were high enough we started to traverse around the mountain on a narrow edge. The eco system changed completely as this side of the mountain did not receive much sun. 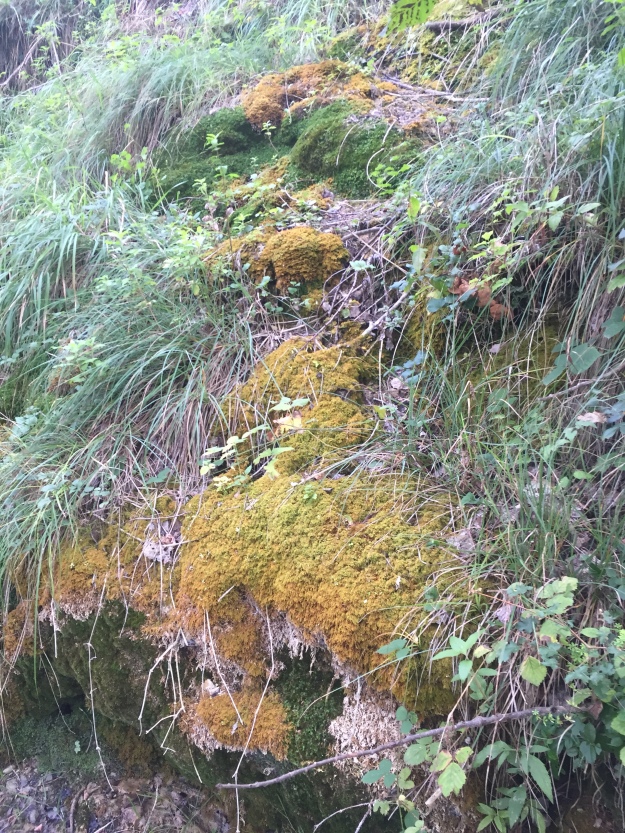 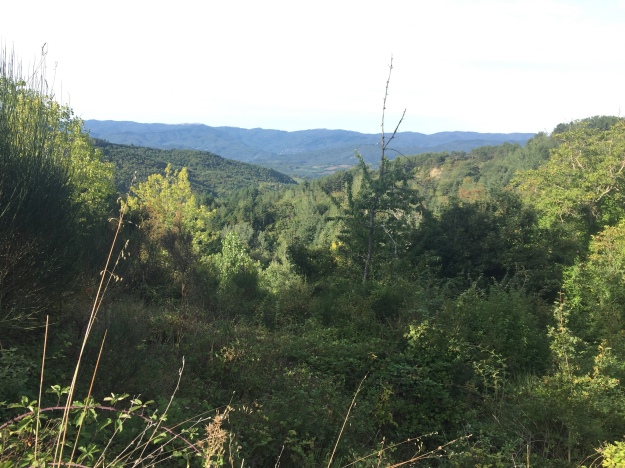 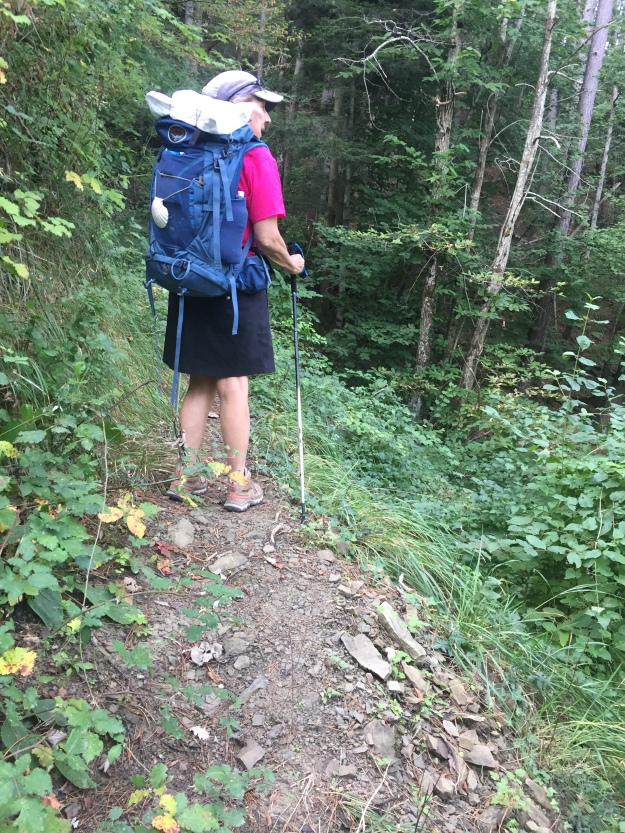 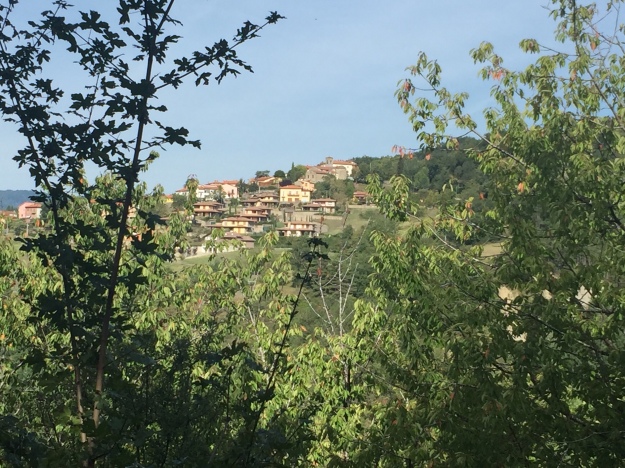 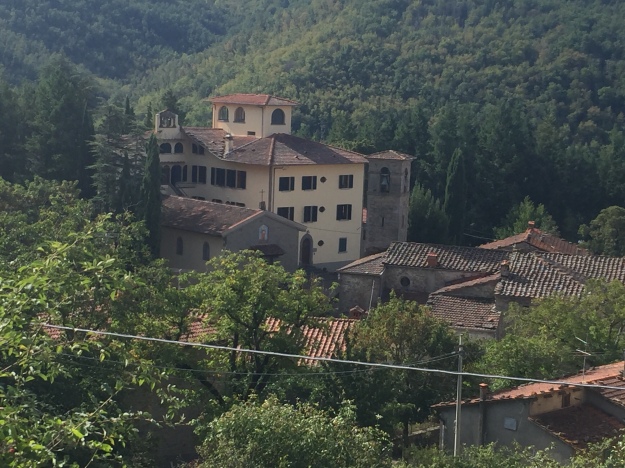 This is an example of misleading, confusing signs. Most of trails are marked red and white. They occasionally have numbers, where different numbers take you on different trails. We had been traveling on trail 72 all morning toward Camaldoni, but in this instance we were to take 76. Fortunately the track direction pointed us toward the right direction.

Now we were traveling on the sunny side of the mountain and the eco system was dry rocks and no moisture. 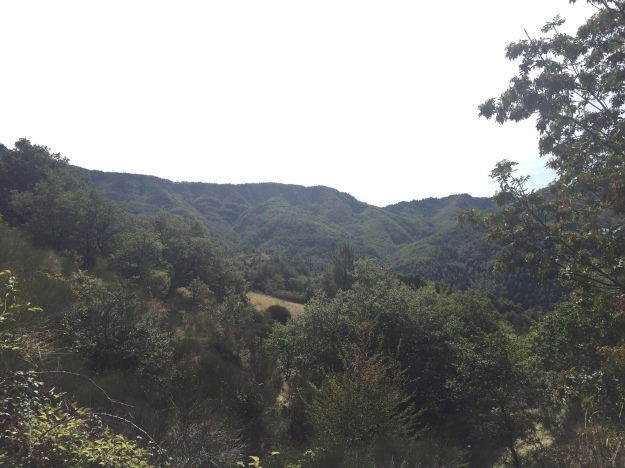 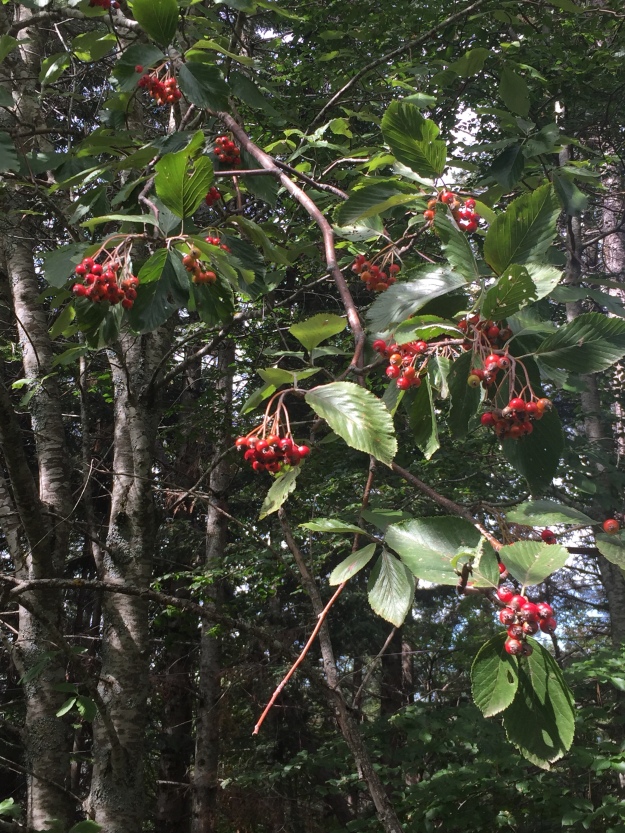 Further up the terrain changed again as we began our descent.

These bicyclists had passed us early in the day. We were all surprised to cross paths again as they were heading back. 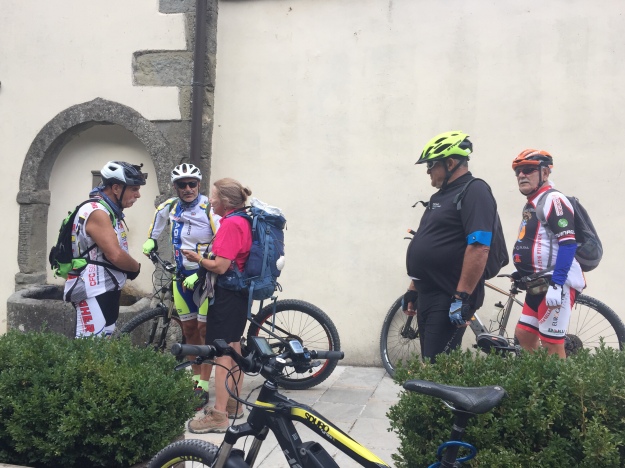 We are ready for a big dinner after this long day of hiking.

Tomorrow fortunately is a shorter day, so we will sleep in a bit and start after breakfast.