The light was just beginning to invite the day. 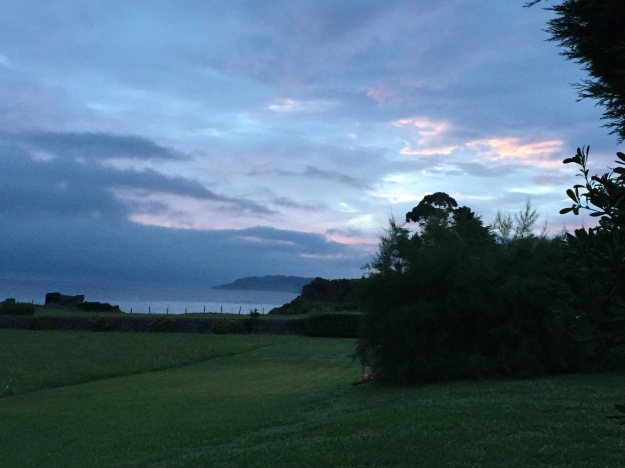 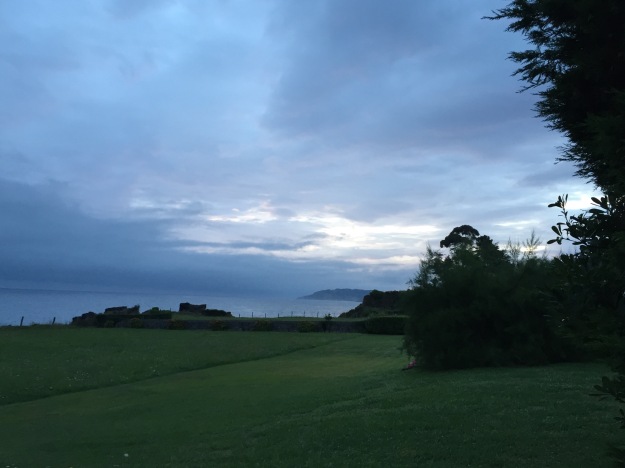 Our first and only stop of the day with food was after 4 km, and there we had to indulge in our customery breakfast of huevos fritos.

We had left the town with all food packed for the day.  We were mostly walking on country roads for the next 8 km with gorgeous views of the beautiful green mountains. 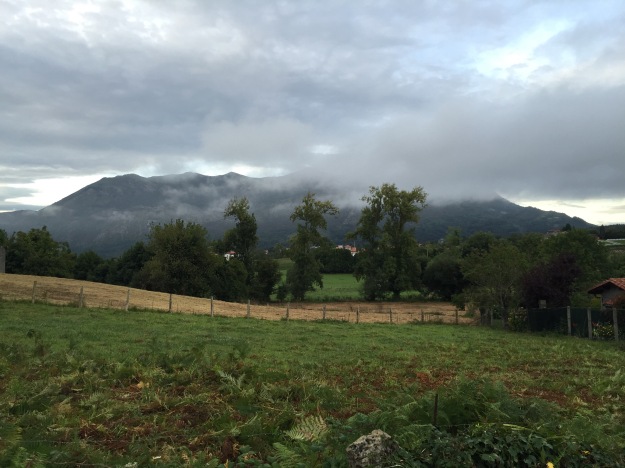 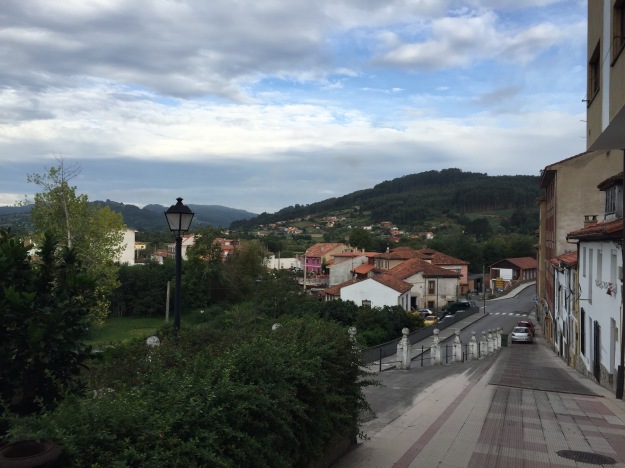 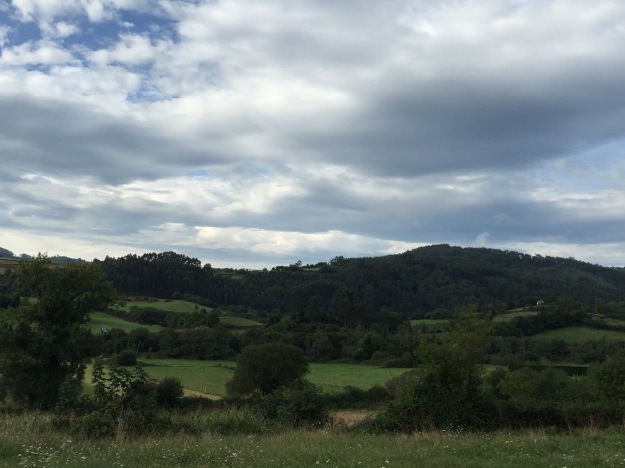 At about 12 km, in the town of Priesca, we came across one of the oldest churches on the Camino, the Church of San Salvador, built in 921 AD. 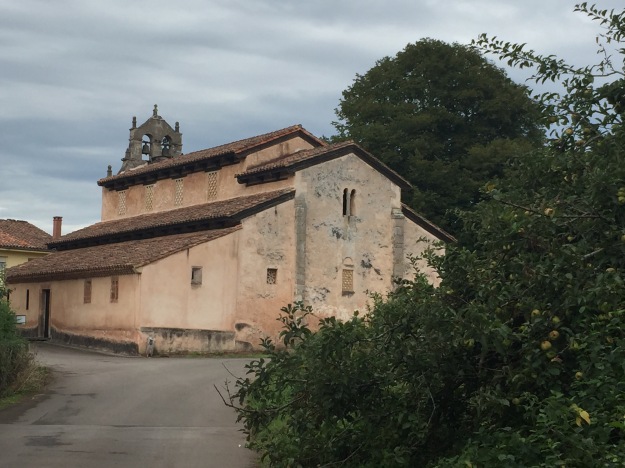 After this junction we moved into a lush green path with shade. 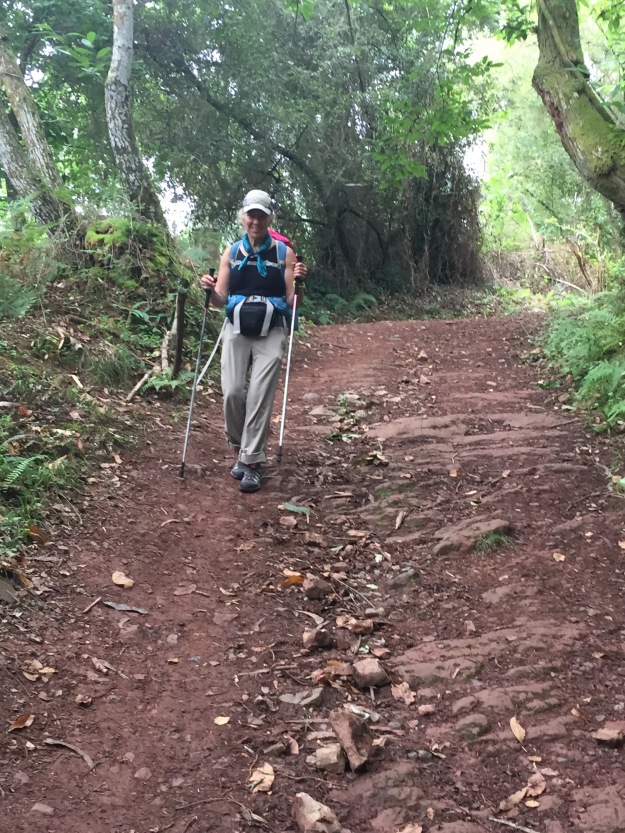 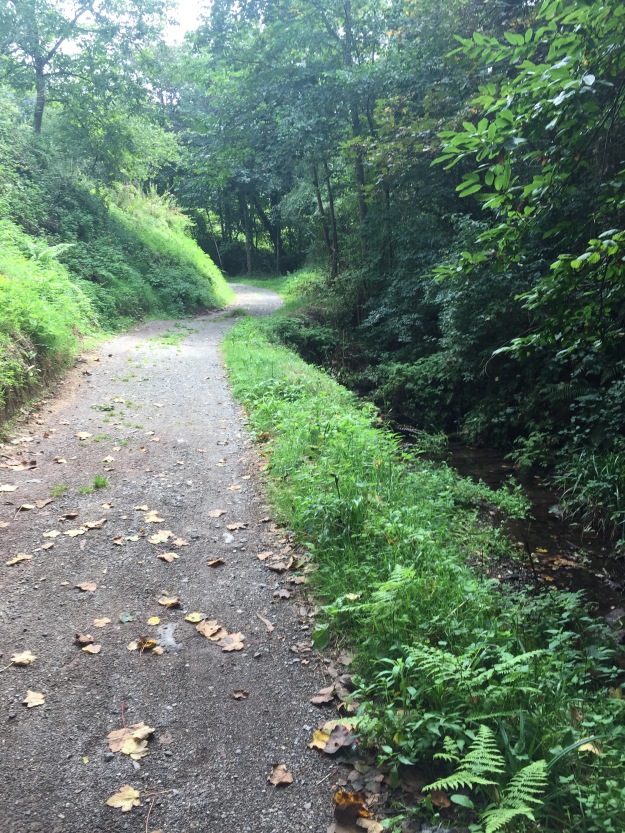 We reached Sebrayo at 2 PM, the first albergue that we came to.  We had our picnic lunch and moved on. We met Monique and Thierry from France. We were running low on water with still 6 more km to go. One of the Spanish men standing outside his house kindly filled our water bottles from his house while we chatted.

One km later we ran into them again where we found this pleasant rest stop with a vending machine in someone’s backyard.

We continued on to our final walking stop of the day at Villaviciosa.

Instead of staying in Villaviciosa for the night, we decided to take the next bus that afternoon to Gijon, our next stop.

Gijon, the largess  city in Austaria, with 275,000 people, is also probably the largest city on our path.   The approach and exit from this big city is mostly industrial and concrete walkways. We wanted to avoid that and get multiple nights in one place without changing beds or lugging backpacks.

The bus from Villaviciosa was a 30 minute express to the center of Gijon, where we plan to rest for few days before we take the bus out to our next stage and continue.

6 thoughts on “To Villaviciosa- part 2”